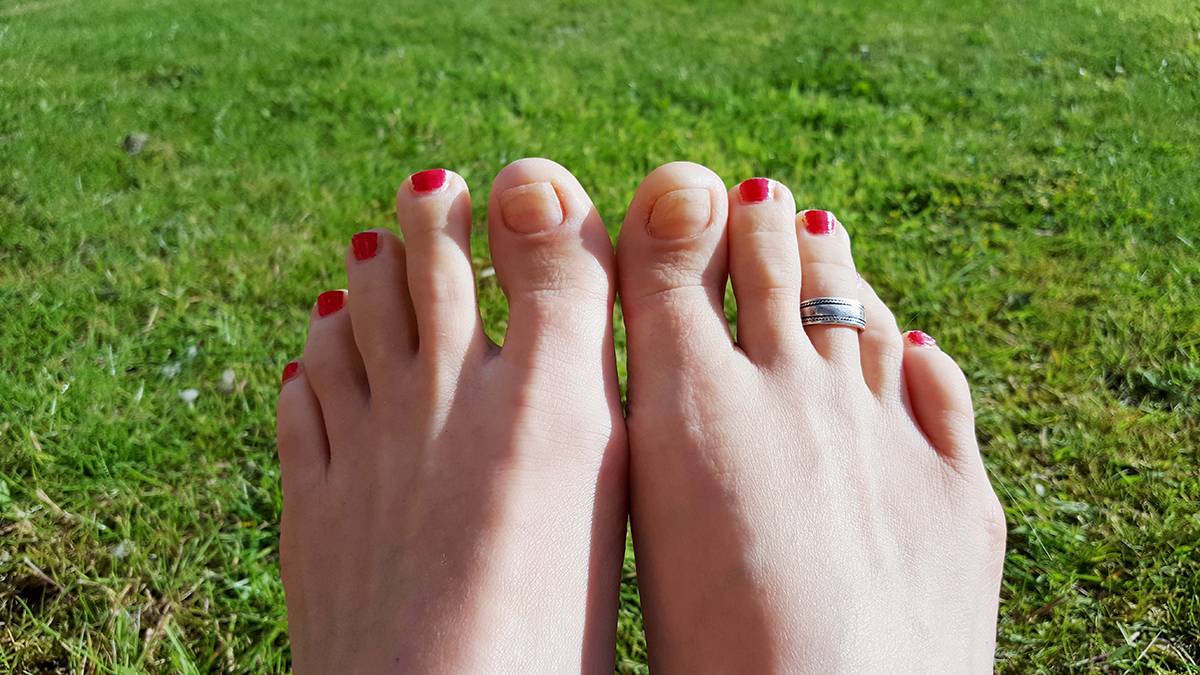 My feet are pretty much neglected for three quarters of the year, with the exception of summer sandal time and Christmas party frivolities, they’re housed in shoes or boots and barely see the light of day.

But for the last 3 or 4 years I’ve had a fungal nail infection that I could not get rid of. I know exactly when I got it. I’d bought a fabulous pair of Italian leather shoes from a charity shop, brand new and they were too small and nipped my big toenails. I only wore them twice.

I’ve bought all of the over-the-counter lotions and treatments (TOTAL waste of time and money) and nothing shifted it and in fact, all the picking and messing about made it worse. 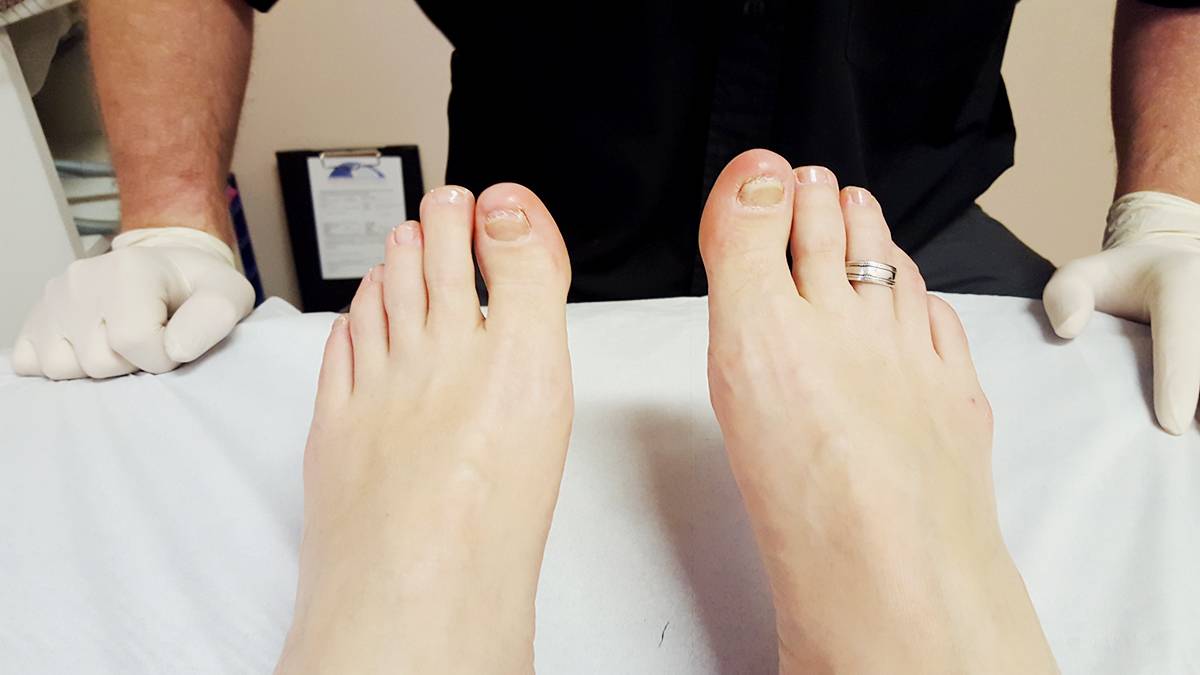 In February this year, I’d finally had enough. I was properly was fed up. Sophie’s wedding was in July and I wanted to have the option of wearing sandals. And varnishing over bad toes nails just wouldn’t cut it anymore. I wanted my feet back to normal.

A quick google search later and I was at the Newcastle Foot Clinic.

I was treated by Craig Burton, the owner of the Newcastle Foot Clinic. Patient, knowledgeable and lovely, he was insistent that he could treat my nails and there was a great chance that I’d not have to have the nails removed. He was also insistent that my story of foot neglect was not unique.

It was worth a go. It wasn’t until this point that I realised that I’d neglected a part of my own body for years; left it with a fungus infection no less! As I lay in the chair having my treatment, I really did wonder why I’d do that to myself.

The treatment that I undertook is called Clearanail  in which 50 tiny holes are drilled into each of your nails so when you spray them with the fungal nail treatment, it actually gets to the source of the infection.  It’s called Controlled Micro Penetration (CMP) and the drill is set to a specific depth meaning it never damages the nail bed. 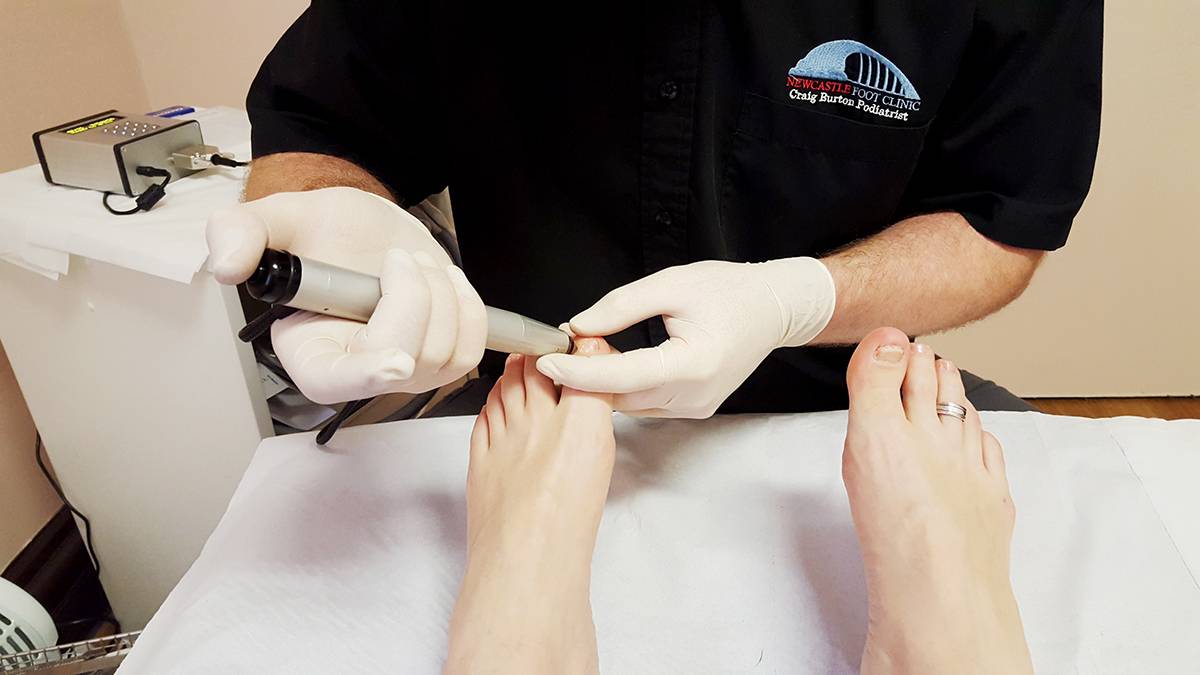 It doesn’t hurt at all. It was a bit of a weird sensation but it’s all done in less than an hour.

I was advised against painting my nails until the nail had actually grown out, which makes sense as you’d be defeating the purpose of the holes otherwise. I became a little obsessed checking the little holes in my nails (fascinating and odd), spraying my feet consistently every day. It was great when I spotted the holes moving and healthier nail following!

I had my treatment in back in late February ’16 and in 4 months I’ve got my nails back. They’re not perfect yet but they’re a million times better and I can see the new, uninfected nail growing nicely where my cuticles are.

I asked Craig’s permission to wear nail varnish to Sophie’s wedding; he said yes and that we’d check to see if I needed another course of CMP in the Autumn.

Looking down at my feet, I am so happy that they look normal again! I didn’t realise the impact that not getting them sorted was having. My feet were ugly to me for years, and now they look like my feet again!

I can’t recommend the staff at the Newcastle Foot Clinic enough. They’re really lovely and passionate about feet and general health. (I ended up getting orthotics for my shoes and my knee pain has completely vanished but that’s another blog post).

I’m off to paint my nails. If you want to find out more about the Newcastle Foot Clinic pop over and give them a Like on Facebook x