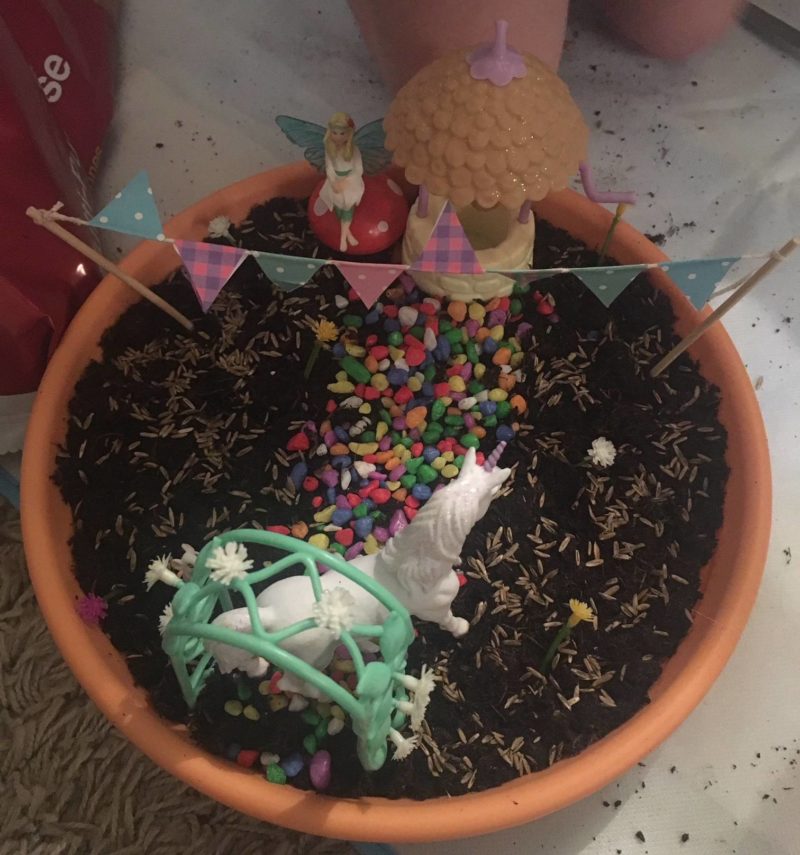 The trend for unicorn love doesn’t appear to be diminishing at all. Every shop appears to at least a nod to this mythical creature.

Now it’s time for something a little more manageable and this comes in the form of  My Fairy ‘Unicorn’ Garden.

The Unicorn Garden is what it says on the box. A garden fit for a fairy, her unicorn and a magical wishing well.

Excluded: One of the items not supplied is compost, we had a massive bag that we’d bought from Aldi for a plant potting exercise.

Assembly: Only the arbor and bunting need assembling. The arbor was simple, the bunting was a little fiddly but manageable.

Now to begin. Get the bowl (I tried to get Emily to use one of our pretty bowls but she was having none of it and opted for the one supplied) and fill with soil to just over half. 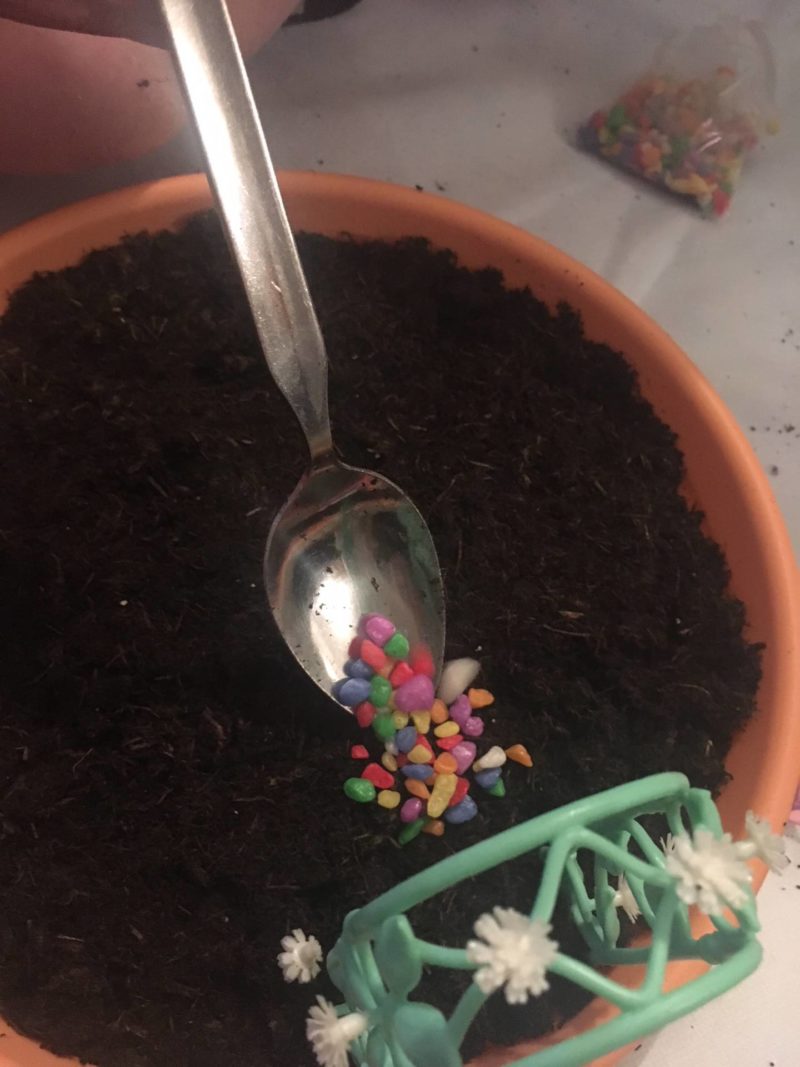 Emily decided she wanted it EXACTLY the way it was on the box and she placed the arbor and wishing well at opposite ends and started to lay the path which was made from brightly coloured stones.

Next for the sprinkling of the seeds. This doesn’t need to be accurate or even just make sure there is a good coverage and the seeds are watered. Within two days the seeds seemed to shoot away and this continued. I wish the grass in my garden grew as well.

Time to put together: 60 minutes (we didn’t rush and spent the time talking about the growing process)

Played with as a garden: only a couple of times

Played with in general: Emily plays with the unicorn, mouse and fairy often within other imaginary play games rather then the garden.

Maintenance: It requires watering and cutting, if this isn’t done it  will die off.

Would I buy it?: Yes but it does fall into the ‘considered purchase’ category as on average it is over £20, however I have seen it for as low as £14.99

Top tip: Once established move this outside and create a perfect outdoor toy that can’t really be ruined unless there is torrential rain.