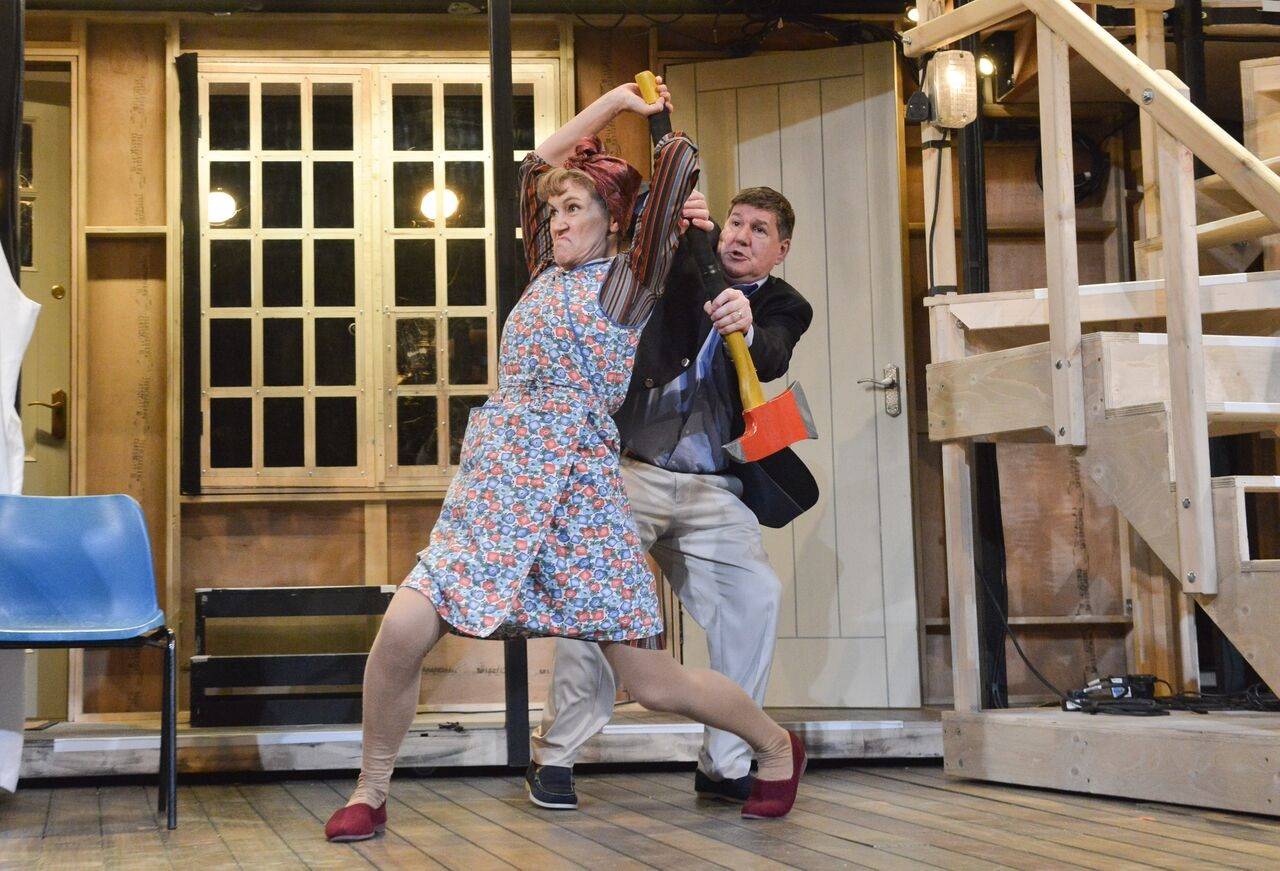 Northern Stage has been part of my life for six and a half years now and each and every time I go I’m looking forward to the next performance.

We’ve visited twice this year already. Both times my daughter Emily and I nabbed the tickets and had our breathes taken away by balletLORENT thoroughly beautiful depiction of Snow White (albeit being a little miffed that Snow White’s suitor wasn’t a handsome prince) and Need A Little Help  a gorgeously intimate production. This time though it’s time for the big girls to head out for a girls night out to see, Noises Off.

I loved Carla Mendonca in ‘My Parents Are Aliens’ so as soon as I saw her wielding an axe I knew it could be a go to show for us.

Now that’s definitely something to live up to Michael Frayn!

A little about the show, as a touring troupe desperately try to hold their shambolic production of ‘Nothing On’ together, and with under 24 hours to go before curtain-up, it’s downhill all the way through their dress rehearsal. Backstage antics, forgotten lines, not-so secret romances, hilarious malfunctions and a tin of sardines threaten to result in a disastrous first performance.

With both an Olivier and Evening Standard awards under it’s belt we are definitely looking forward to a great night out.

Noises Off is the greatest farce ever written and one of the great classics of modern theatre. I couldn’t be more excited to have the opportunity to direct it – it’s something I’ve wanted to do for years.

Stay tuned to find out what we thought of the play and our dinner at McKenna’s beforehand.