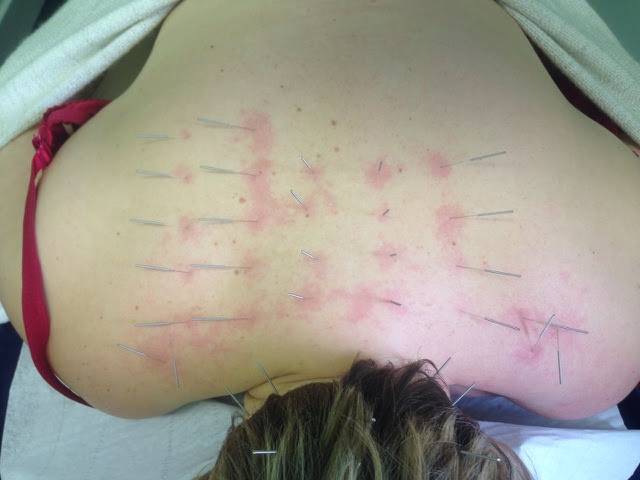 Month by month the migraines were getting worse. It got to the point that I’d be in bed at least sometime each month, unable to see properly, squiggly lines jumping around my right eye, feeling sick, slurring and mixing up my words and unable to drive. On top of that my periods are no longer regular. Once a 24 -25 days cycle, they’re now 21 to 34 days apart.

Resulting in a heady mix of migraine nastiness each and every month.

Of course as women we all know about “The CHANGE.” At 39 it wasn’t totally inconceivable that I could be early menopausal. Ladies, have you ever heard of Peri-menopause? This is the name for the stage that is the run up to the menopause (which you’ve reached after your last period). When women talk about going through the menopause, they’re experiencing the changes that can last a decade or more until actual menopause.

I set about reading article after article, and headaches / migraines were mentioned so frequently, that I came to my own conclusion that there had to be a link between my periods changing and the migraines I was suffering. Oddly, my biggest problem with it wasn’t that they were actually happening or how poorly I felt, it was how it was affecting me at work. Running my own business means the impact of taking any time off is massive, but time off each month? Unthinkable.

Anyway, I altered my diet, drank more water, tried different foods at different times and did a bit more exercise, all of which helped me feel better but did nothing for the migraines. Stubborn as I am, I couldn’t face the doctor just yet; I made do with off-the-shelf migraine tablets.

Through an event I was running for Sparkle Communications, I met Louise and Laura from Jesmond Natural Health and Fertility Clinic. We were starting to work with them on their Digital PR and Marketing plan and, in the course of conversation, I told them about my migraines. The clinic provides a comprehensive range of treatments including Acupuncture, Reflexology and good old massage, and the team have undertaken specialised training in Fertility, IVF, Pregnancy and Pain management.

This service opened up old hurts; my one and only round of IVF failed. But sitting with Louise and Laura, there was something about Louise’s no-nonsense approach “I can cure them for you” that made me take note (and eventually cry with relief that someone ‘got it’). Being honest, until we all met, alternative medicine has never had a place in my life but as Louise has a BA, PGDip Acu and MBAcC it’s safe to say she knows more about Chinese Medicine than I do.

But when someone sits in front of you and resolutely says that they can help, it’s got to be worth a try.

After an introductory session to find out about my migraines and lifestyle, Louise got stuck in! The image at the top is of the first time I received acupuncture. The tension was so bad in my shoulders and neck I yelped as the needles were inserted, and the pressure in the front of my forehead grew at an alarming pace. After 30 minutes or so, when the needles were removed and I got up to get dressed and I’ll never forget that my head felt like it could fall right off my shoulders. It was so incredibly strange. Something had definitely happened. The next day, I spent in bed. I was head-achy, emotional, exhausted.

The next session was just as exhausting. And I do mean exhausting. What ever was happening was wearing me out. But the tension in my shoulders and neck was different. I felt different.

In the first two months, I suffered a headache. I also suffered incredibly itchy skin on my back and legs for a couple of weeks. That was odd. But it passed (and Louise invested in some hypo-allergenic needles for me) I’d had four or five acupuncture sessions. But in month two, even though I felt rotten, I took tablets and stayed at work. No bed for me. That was a major improvement.

In month three, after  six or seven sessions of acupuncture, I didn’t have a migraine. At all. And you can see the difference in my body’s reaction to the needles. No angry red skin. I don’t feel any discomfort from the needles now, unless I am super tense in my neck or the base of my skull.

I can say, with certainty, that acupuncture is making a difference to me in my life. I understand that it helps release the tension in my neck and shoulders, which is turn makes me feel better. And I know that last month was the first month I’d been migraine free for years. I was sceptical for many years about alternative therapies. Now, because of the actual difference it is making, I am open to exploring these methods of staying healthy that have been used for thousands of years.

And Louise, Laura and the team are wonderful, lovely ladies whose only aim is to help us feel better. I wholeheartedly recommend them.